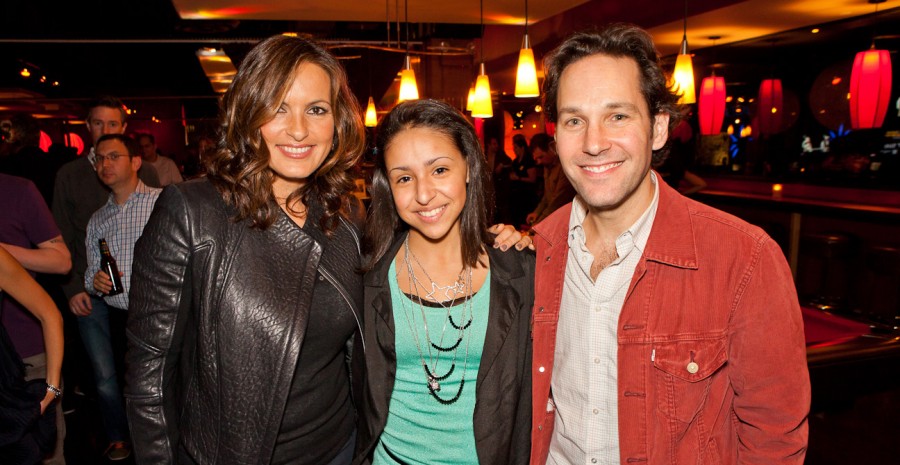 Mr. Rudd became involved with SAY while playing a character who stutters in Richard Greenberg’s “Three Days of Rain.”

“I didn’t know much about stuttering before the play,” Rudd said. “In my research I met Taro. This (disorder) is such a mysterious and tough thing to deal with for anybody, let alone a kid. I wanted to get involved and stay involved. There are a lot of challenges that kids and adults have to face,” Rudd said.

Vice President, Joe Biden also lent his support to the event by sending a letter to the attendees, which was read aloud by SAY, Founder & President, Taro Alexander. “Growing up I struggled with stuttering,” Biden wrote. “I understand the anguish, frustration and anxiety that this common speech disorder inflicts on young people.” Mr. Biden went on to thank Paul Rudd for his work with SAY.

Watch the video of this event above or click on event photos below.