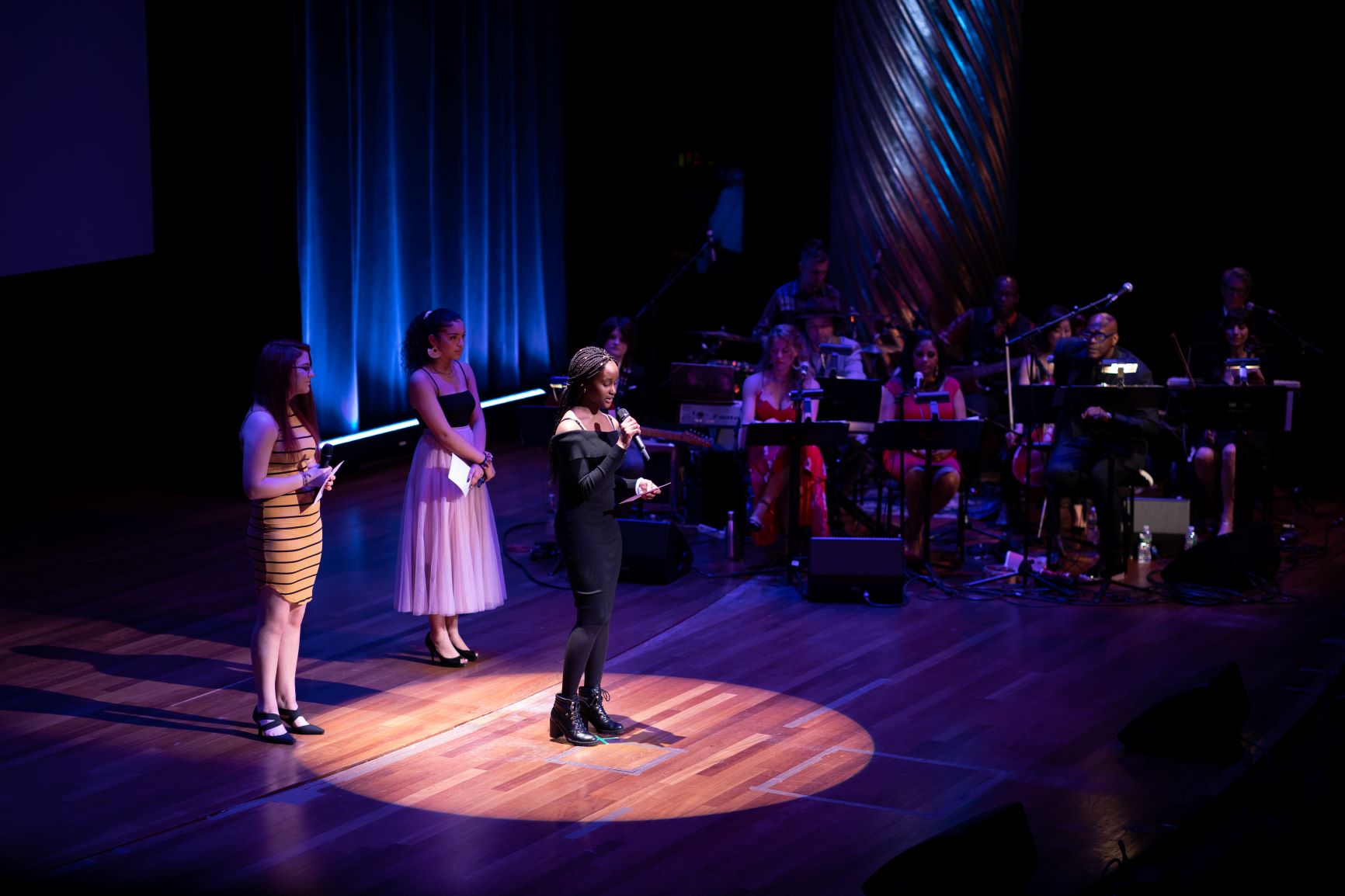 Michael Kidd-Gilchrist, also known as MKG, is a professional American basketball player who has played in the NBA for the last eight years. MKG first gained national attention in high school as a McDonald’s All-American and was also named Mr. Basketball USA. He went on to play college basketball for the University of Kentucky where he won the 2012 NCAA Division Men’s Basketball Tournament. MKG was selected as the second overall pick in the 2012 NBA Draft by the Charlotte Bobcats. For the last eight years he has played with the Charlotte Bobcats/Hornets and in February 2020, joined the Dallas Mavericks.

As a person who stutters, Michael has also devoted much of his significant humanitarian efforts to becoming an advocate and ambassador for children who stutter, which led him to the SAY community. In 2018, MKG visited Camp SAY, our life-changing summer camp for young people who stutter, and he hosted Camp SAY Across the USA: Charlotte twice last year. In February 2020, Michael attended the University of Houston as a guest speaker in the Department of Communication Disorders where he spoke to the graduate students studying to become Speech-Language Pathologists in an effort to provide insight on their critical role in developing trusted relationships with their patients who stutter.

We are thrilled to honor Michael with this well-deserved SAY: Hero Award for his fervent efforts to make a difference in the lives of people who stutter.

“I’m grateful to be the recipient of the SAY: Hero Award for a cause that’s very important to me. Building trust and confidence in kids who stutter can change their lives, and Camp SAY is making a positive difference.”

• 12 VIP tickets for the performance

• VIP table for 12 at the Chefs’ Tasting Event, plus personal Concierge

• Acknowledgment by Host during Performance and by Founder during dinner

• 10 premier tickets for the performance

• Premier table for 10 at the Chefs’ Tasting Event, with acknowledgment by Founder during dinner

• Half Page ad & special recognition in the Gala program

• 10 prime tickets for the performance

• Prime table for 10 at the Chefs’ Tasting Event

• 10 preferred tickets for the performance

• Preferred table for 10 at the Chefs’ Tasting Event

• Special recognition in the Gala program

• Special recognition in the Gala program

• Reserved seating for the Performance only

With your support, SAY is able to provide life-changing programs to children from all socioeconomic backgrounds (over 90% of all SAY families are in need of financial assistance). To date, no child has ever been turned away due to an inability to pay. Your support helps ensure this important and essential legacy.

Our decadent celebration will feature a gourmet Chefs’ Tasting from an amazing team of world-renowned chefs led by SAY Board Member and award-winning restaurateur, Marc Vetri of Vetri Cucina.

Highlights from last year’s 17th Annual SAY Gala include intimate backstage and interview moments, clips of the spectacular performance at NYU’s Skirball Center, and a peek at the fabulous Chefs’ Tasting reception at the Lighthouse at Chelsea Piers.