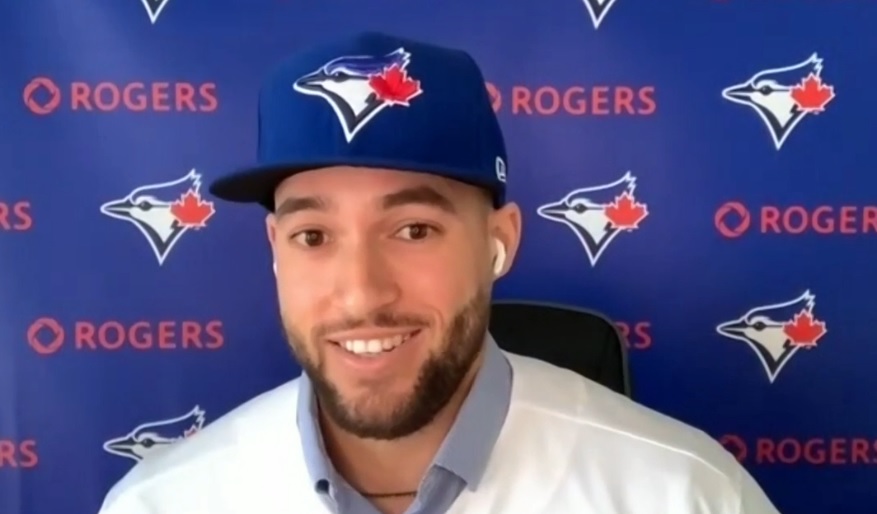 The Toronto Blue Jays have a new $150 million man: George Chelston Springer. For the second consecutive offseason, the Blue Jays landed a big-name free agent, and judging by the flurry of activity as of late, they aren’t done yet.

Up until last year, the 31-year-old outfielder spent his entire career as a member of the Houston Astros, but last week he inked the largest deal in Blue Jays history by committing to a six-year deal. It’s the fifth-largest free agent deal for an outfielder ever.

Springer is also suddenly the elder statesman in the Blue Jays lineup, as he joins the youngest lineup in baseball from one year ago. Nobody in the batting order is older than 30, save for the former Astro himself.

Since he’s going to be around for the foreseeable future, it only makes sense to get to know him a little better. Here are five fun facts about one of the newest Blue Jays on the roster.

3. He’s the spokesperson for SAY: The Stuttering Association of the Young

According to the Stuttering Association of the Young, over 70 million people stutter, and 5% of all young kids deal with a stutter. The former World Series champion was one of that 5% of kids.

He’s open and honest about his stutter, in fact he’s a beacon of hope for young kids who stutter. Springer is the national spokesperson for SAY, and there are many examples of children being unafraid and embracing their stutter, thanks in part to Springer.